Climate change is an issue having an effect on sustainable development and human well-being. Therefore, it has become the global issue pulling collaborations across the world to reduce the GHG emissions and alleviate its impacts.  Many countries have jointly set the common goals to reduce GHG emissions in order to control an increase of the earth’s average temperature to well below two degrees Celsius.  Consequently, policies and laws have been put in place to promote the GHG emission reductions in many countries, including the People’s Republic of China, such as the Emission Trading Scheme (ETS), and the fuel consumption restrictions for energy production.

Major activities causing the GHG emissions conducted by BPP are summarized as following:

Due to its power and energy generation business, BPP has directly consumed fuels for energy productions.  As a result, the company has mainly focused on operations to reduce the direct GHG emissions (Scope 1) resulted from various fuel consumptions.  BPP’s direct GHG emissions released from using various fuels, are accountable for 99% of its total GHG emissions since the company’s business operations are the upstream business on generating power and other energy supplied for industrial and residential consumptions.

BPP sees the opportunities and capabilities to reduce the GHG by improving the energy utilization efficiency, reducing losses in the production process, conducting a study on alternative fuels in order to achieve its GHG reduction target. It is also seeking chances to invest in the renewable energy, energy technology and smart energy solutions in accordance with the Greener & Smarter strategy.

BPP has closely monitored policy changes and assessed risks associated with climate change in preparation for adapting itself to both physical, policy, and legal changes in several countries.  Therefore, the company has to adjust itself in various ways, for example, using the business continuity management system to assess risks, impacts and opportunities associated with changes in order to align with the Task Force on Climate-related Financial Disclosures (TCFD), including setting the carbon pricing as part of the investment consideration in various projects.

In the past year, BPP in conjunction with Banpu Group established an additional working group on climate change.   At present, there are 3 working groups, namely: 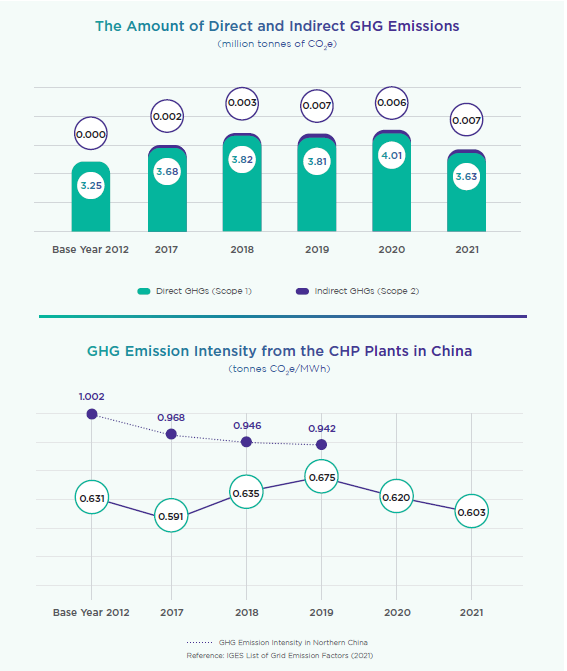 The People’s Republic of China has gradually announced laws related to energy consumption control, GHG emissions and environmental quality control over the years.  In responding to the nationally determined contributions (NDCs) policies to reduce GHG emissions announced in the meeting of states parties to the United Nations Framework Convention on Climate Change, the local clean energy projects are continuously planned and promoted. 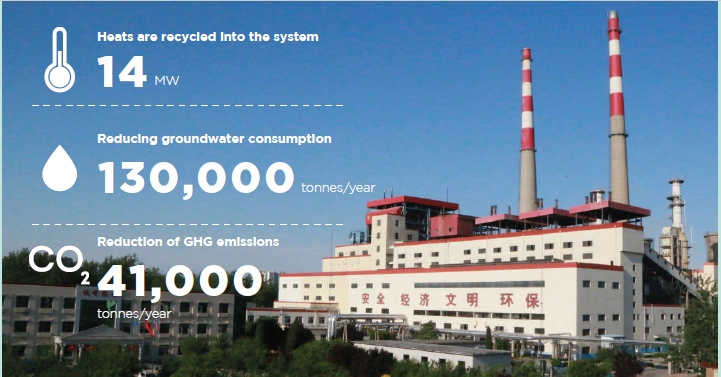 Zhengding CHP Plant has continuously implemented projects to increase its energy efficiency and to reduce the GHG emissions in response to policy and legislative changes related to energy consumptions and climate change including adapting itself to changes in energy consumption patterns.   Throughout the past three years, the plant has undertaken projects to reduce GHG emissions as following:

2. Increasing the Potential for Adaptation to Risks relating to Climate Change

BPP has adopted the Business Continuity Management System (BCMS) in preparation for events interrupting business operations such as natural disasters, decease epidemics. Consequently, the company will be able to deliver products and services to customers and various stakeholders immediately.

Changes in policies and regulations regarding energy and GHG emissions

BPP has a responsible unit to monitor and anticipate changes in regulations in all areas open for operations at the local level and the central government in order to be able to adapt itself to the changing environmental quality standards that are more extreme. At the same time, it is looking for opportunities to invest in the renewable energy business receiving more supports from the government.

In the past year, the Company used the internal carbon price which would determine the GHG cost in various areas used as part of the cost to analyze the investment value and possibility of new projects in the future. The Company focused on low carbon emission projects and factors to reduce the Company’s GHG emissions reduction in order to achieve the goal set and to be prepared for adaption to the possibility of legal changes and enforcement to reduce GHG emissions in the near future. 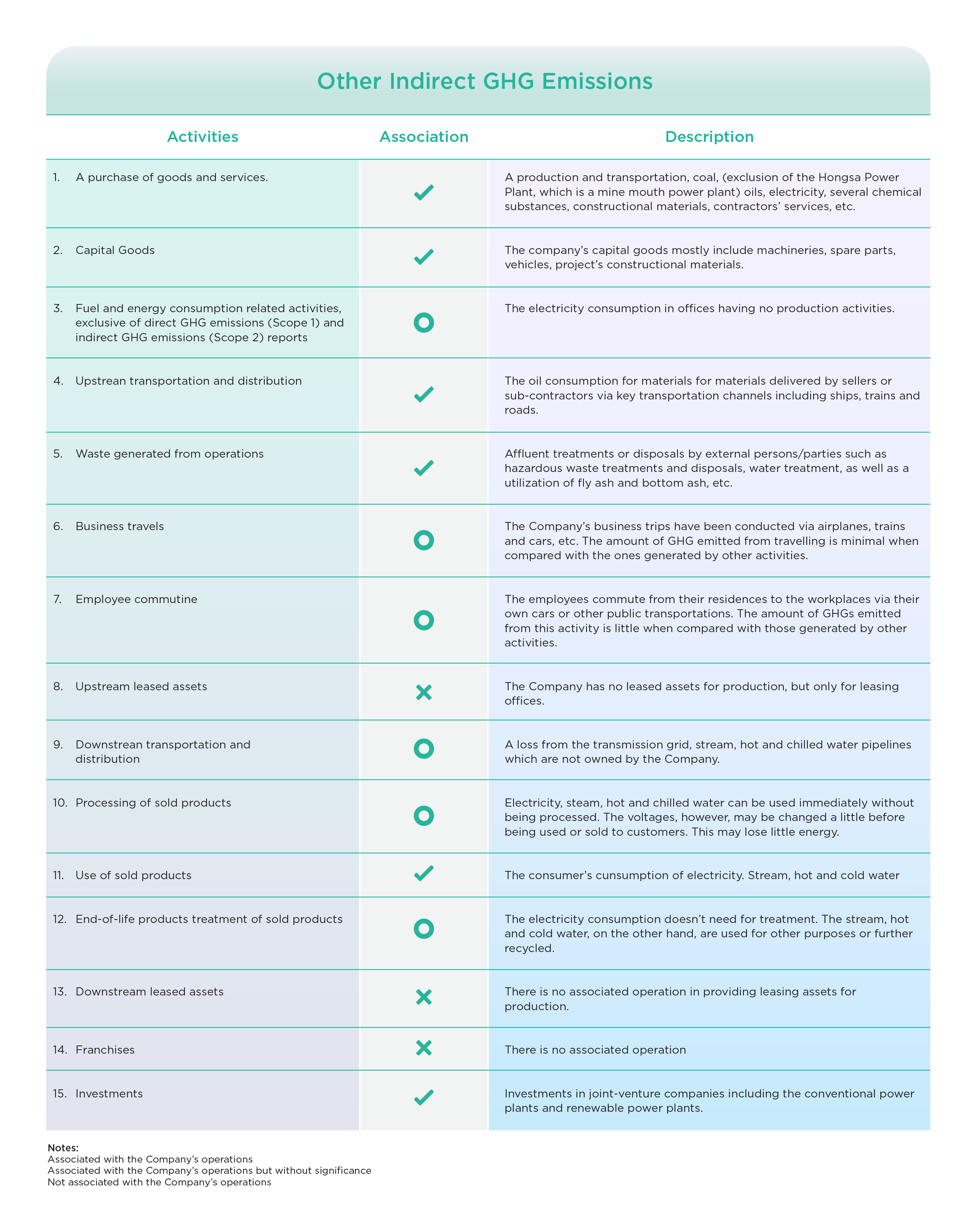